How we changed the game for Proyecto Caraya in a day 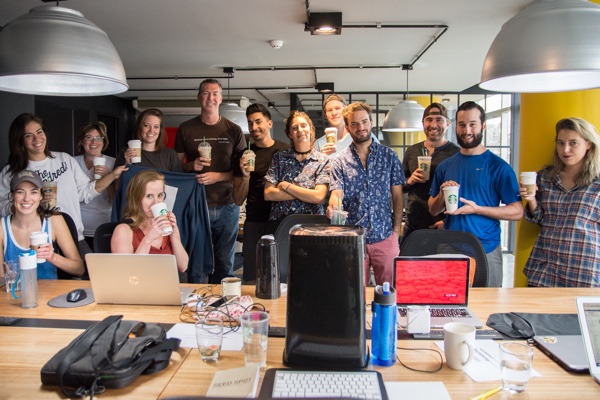 What’s possible in a day? What can a small, committed team working with the right mindset under extreme time constraints do in just 12 hours? How much impact could you have once you suspend disbelief and get the right people in the room?
Let’s find out…

Proyecto Caraya is a monkey sanctuary about 2hrs outside of Córdoba Argentina in the countryside near La Cumbre. They take in traumatized baby monkeys that have been orphaned from the process of black market pet sales and then rehabilitate and repatriate them into the wild. It’s a family-run non-profit that’s been servicing the local community for 22 years and runs entirely on volunteer staff and donations.

Like many small non-profits they lack in-house technical expertise and basic digital infrastructure to advance their cause. Prior to last Saturday they had no website, no formal accounting system and no CRM workflow to effectively manage the recruitment of volunteers. In spite of these infrastructure deficiencies they’ve done amazing work for 22 years in service of the local community and these displaced primates.

We saw an opportunity to parachute in and do an extreme digital makeover for them and implement a set of stuff that would give them a leg up. Given the adorableness of their clients… 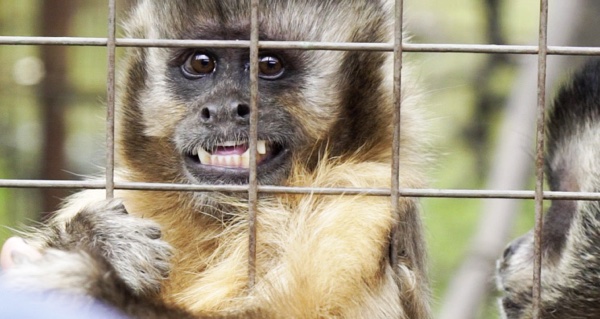 …we envisioned building them a crowdfunding platform that would allow them to run their own “Kickstarter for monkeys” to cover their operational expenses and free up dollars to hire an in-house marketing person to boost their visibility. We also saw the chance to put some basic infrastructure like a customer relationship management (CRM) system in place along with a formal accounting system so they could more clearly track and understand their revenue and expenses. This was an ambitious vision to pull off in a day but we had an ace up our sleeve in that all the volunteers for this particular Charity Makeover event had been traveling for eleven months together as a part of Remote Year. Had we not already known each other’s strengths and how to communicate the idea of condensing the traditional 2-day Charity Makeover format into a day would have been aggressive but under these circumstances, it worked.

What we built for them in a day

They had a broken WordPress web site on their domain proyectocaraya.com.ar and what’s more they had no access to the server that hosted it. With only a week of lead time to prep we had to ensure there were no logjams that could slow us down. I successfully lobbied my employer Pagely to donate a fully-managed WordPress solution to host them. That allowed us to sidestep the server access issue while simultaneously absolving us of any DevOps IT concerns so we could be free to focus entirely on creating as much value as we could in a day for them.

We setup a public Trello board, spawned a dedicated #charity-makeover slack channel under Remote Year’s team account and setup a private Google Drive for sharing assets. With the site hosting handled via sponsorship and this suite of free project management infrastructure in place, the last pieces we needed were accounting and CRM systems. WaveApps was our choice for the accounting platform (free until you need tech support) and my contact at ActiveCampaign agreed to donate one of their entry level CRM accounts to the cause. We now had all the building blocks in place. LaMaquinita coworking space in Córdoba would provide the work space for the event Remote Year would provide the food. Pagely agreed to keep us caffeinated with a Starbucks run on them.

We started at 9am on Saturday. Half of our team Saturday morning was volunteering playing rugby with young kids in Cordoba so the first shift worked mostly doing initial info architecture work and writing monkey profiles. Our writers cleaved into two groups, one writing monkey profiles and the other doing page content. Others worked on laying out design and fixing up the CSS and overall aesthetics. Eddie, our resident video story teller wizard, had shot and produced an incredible video piece a few days prior and that became the centerpiece to concisely tell the Proyecto Caraya story:

I served partly as project manager making sure people had what they needed and weren’t blocked on anything while in between chats setting up SSL, configuring the Stripe account, getting staging capabilities and designing the new volunteer recruitment workflow. 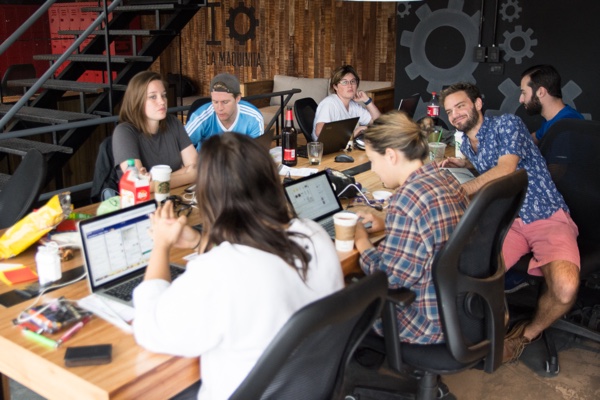 At 1pm reinforcements arrived in the form of our rugby volunteer constituency. We sat down to a lunch of empanadas and veggie burgers and pow-wow’d with our now double-sized team of 14 on the state of things. Halfway through the day we were actually looking good with what we had. With more writers and someone focused on the social media stuff the second half of the day we moved at breakneck pace.

Jacinda did a discovery session with Mayu and set up their Wave Accounting system while Liesbeth wrestled the crowdfunding theme into submission “CSS’ing the sh*t of it.” Hope worked on setting up and streamlining the social media accounts while Gemma battled an elusive bug on checkout that was a remnant of me instantiating the placeholder site from a backup of a site that formerly ran under a different domain. 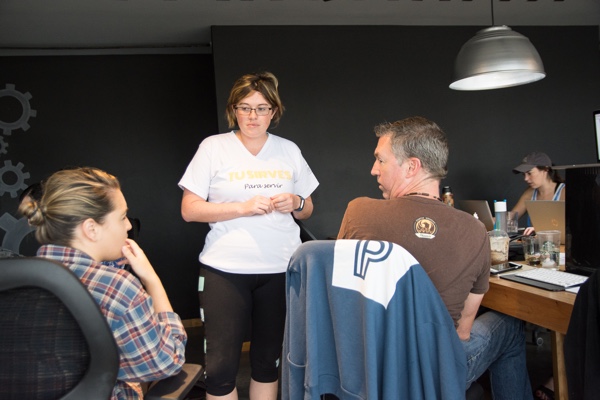 Molly, Jess, Sam, Euston and Rud all cranked on content while Mayu the project coordinator from Proyecto Caraya dutifully handled interrogation after interrogation from our volunteers to answer key questions throughout the day. 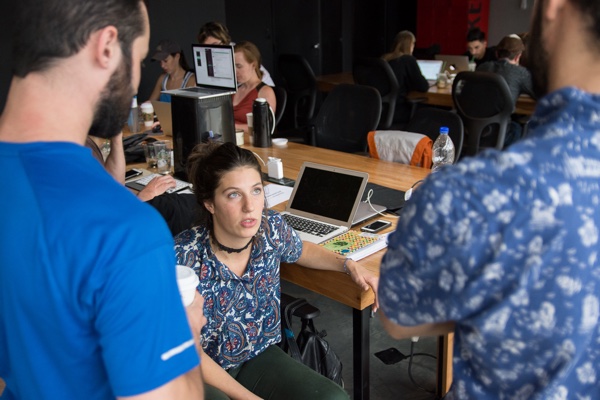 We worked into the night using every minute of the clock up until our 9pm dinner deadline for a presentation of what we had made. 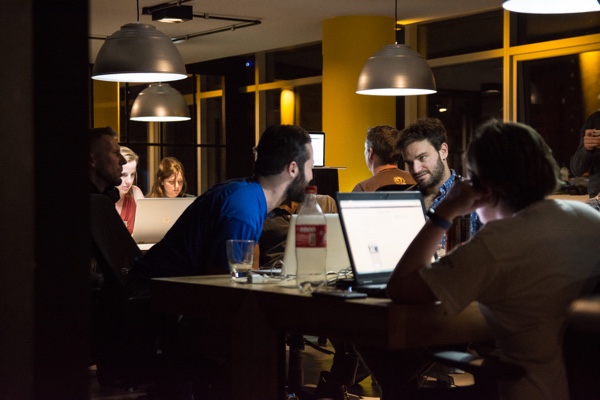 With only minutes to spare before the dinner presentation we squashed the bug that was precluding us from demo’ing the crowdfunding functionality. Everyone filed upstairs and I gave a recap of what we had done over beers and empanadas. 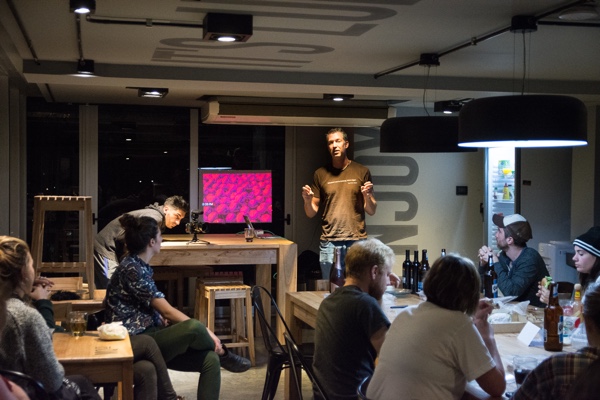 Mayu of Proyecto Caraya (our new favorite person in the world) told the story to a rapt audience of how the monkeys come to them and what they do for them. 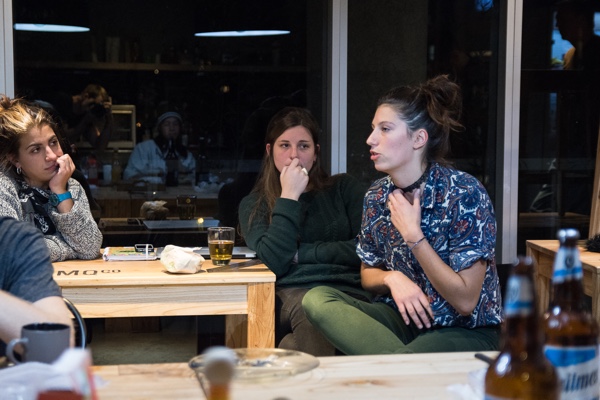 We then unveiled what we had built. It was like a scene from that show “Extreme Home Makeover” where they unveil the remodeled house and the new homeowner is just floored. This is what a face of pure gratitude looks like: 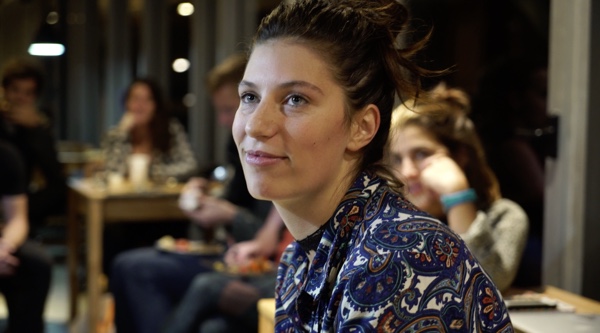 Everyone gathered around the screen and we went through the site we had created and watched Eddie’s amazing video: 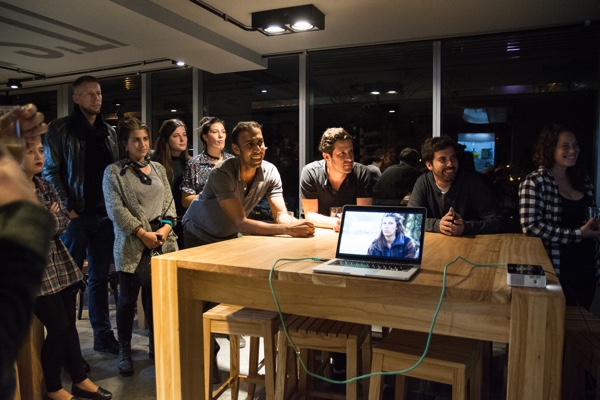 This is the fourth Charity Makeover I’ve facilitated now and hands-down the most moving and powerful one I’ve had the honor to be a part of. The co-founder of Remote Year happened to be in the back of the room and was pretty amazed with what we pulled together in a day. 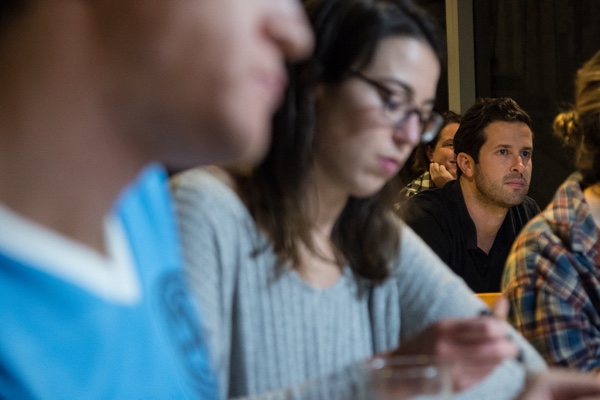 You can see the full video of Mayu telling the story and each contributor sharing what he & she did on the project here:

It’s now exactly one week later and a few of us have been tying up loose ends to get everything to a state where the next group can work on it. We’ve laid the foundation and set a vision and task list that should enable them to easily take the torch and run with it. We’re hoping they fall in love with the mission and Mayu as much as we did and propel this forward. You can see the public site we built for them here. 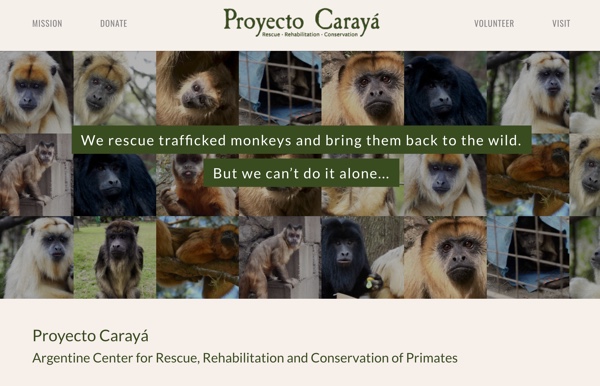 One of my favorite quotes is this one by Margaret Mead,

“Never doubt that a small group of thoughtful, committed citizens can change the world; indeed, it’s the only thing that ever has.”

Our mighty team of 14 volunteers is proof of what can be accomplished in a single day when you have sufficient motivation, skills, tools and the absence of beauracracy. In one day we put in motion a set of things that will change the game for a charity of 22 years. They now have the basic foundation of digital systems and assets and ten months of revolving knowledge workers of varying skill sets who can choose to continue to advance this cause. I’m incredibly proud of our team and my fellow Remote Year Darien crew for what they did for Proyecto Caraya.

Lastly, I want to give a special shout out to the one and only Nick Fico for working before, during and after the event to coordinate the sanctuary visit, run project management and help formulate the handoff doc for Meraki. We will surely come back to the sanctuary one day and see the fruits of the seed we planted last weekend. And that will be a great day.

PS. Props to photographer Christian Carrizo for taking and sharing all the great photos above of our work during the event.
If you want to nominate a charity for a future event or volunteer yourself to work at an upcoming Charity Makeover in your town, do so via the header links. cheers

We send periodic emails when we have valuable information to share with our friends and stakeholders. Sign up to receive occasional messages from us with info we know you'll value.

You have Successfully Subscribed!